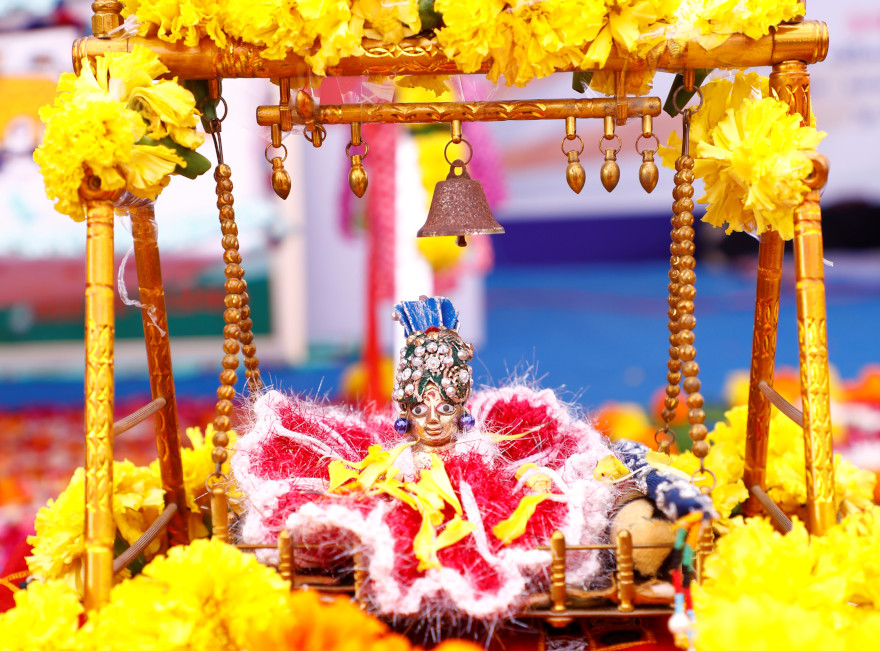 The Hindu belief, the ancient heritage of India, is a set of ideas that focuses on the relationship between man and God, on the principles of non-violence, tolerance and other universal spiritual values. Its origins go back to the dawn of human history. The word "hindu" signifies "one who observes ahimsa (non-violence)".

Bhagwan Sri Deep Narayan Mahaprabhuji said:
If you are not able to wipe off the tears of your fellow men, at least do not be the cause of those tears.

Hinduism does not proclaim exclusivity. It teaches that there is one God and many paths all leading to Him.

According to Hindu traditions, all kinds of spiritual pursuits, all the ancient and present time religions are rooted in yoga. Yoga is the unifying principle of the universe, the spiritual consciousness and cosmic light that enables the individual consciousness to develop, rise up and re-unite with the Universal.
The yogic principle for mankind manifestates in the establishment of a harmonized and healthy life, in a spiritual philosophy and system of excersises that enables the practitioner to reach God realization.

Hindu scriptures testify that even God, when manifested on Earth uses the creative power of yoga for embodiment.

Though unborn and My Self is imperishable, though I am the Lord of all creatures, yet establishing Myself in My own nature, I come into being through my yoga maya.
(Bhagavad Gita - 4/6.)