What is the Mandir? 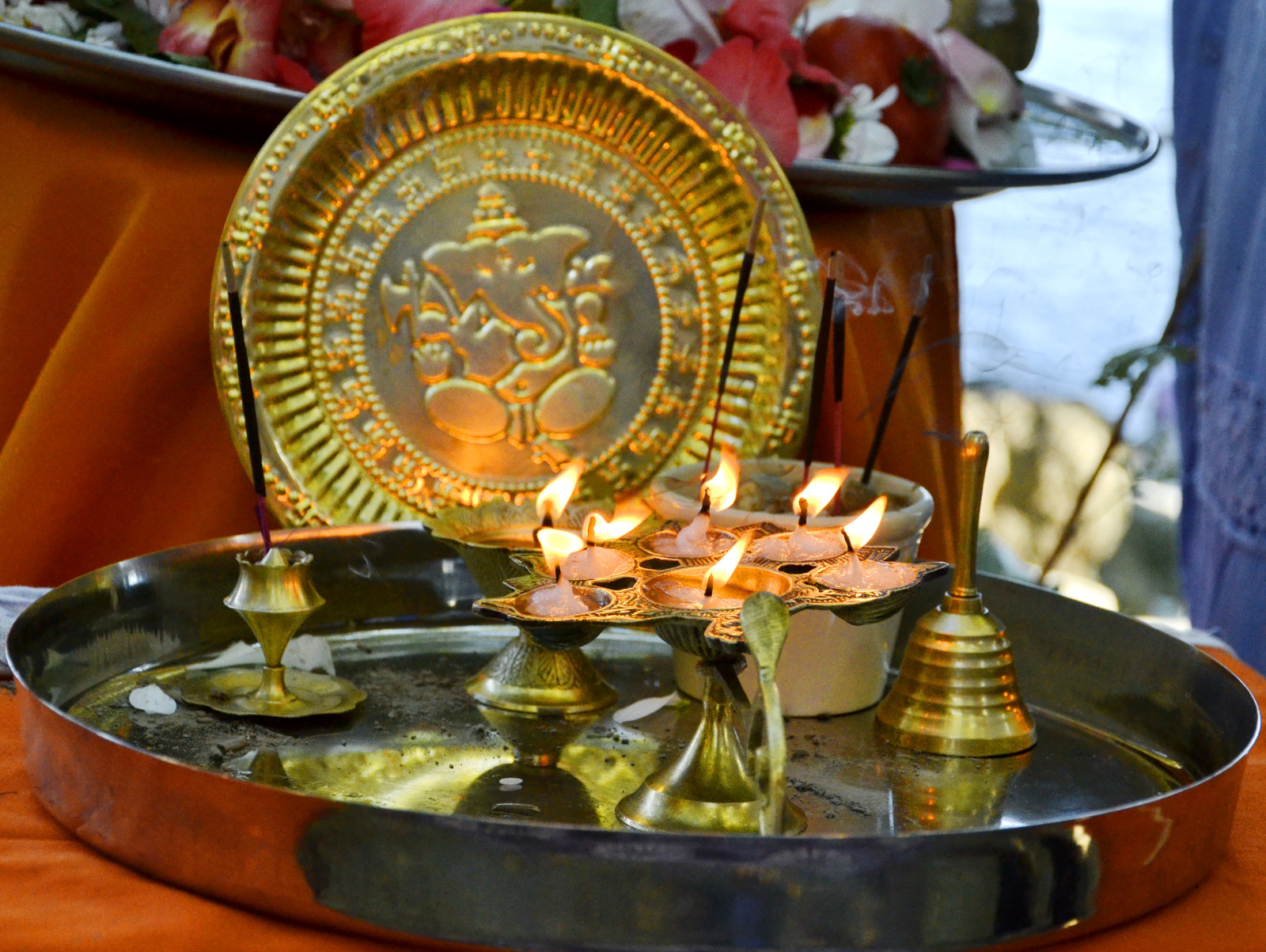 Mandir denotes a Hindu temple, a religious community and spiritual school. The temple is the place where we pray, where we turn inward and hear the voice of God in the depths of our being. In the Mandir we place divine symbols and forms that remind us of the omnipresence of God. During our ceremonies, we ask God to come to bless us and be present in our lives.

All forms of the Hindu religion go far beyond the principles of human rights and allows for the freedom of all living entities An overall religious tolerance is expressed in the Bhagavad Gita as is shown in the following verse in which Sri Krishna is speaking to Arjuna:

As men approach me so do I accept them: men on all sides follow my path, oh Partha.
(Bhagavad Gita - IV.11.)

Our spiritual Master, Vishwaguru Mahamandaleshwar Paramhans Swami Maheshwarananda Ji, in 1988, during his Master's, Hindu Dharma Samrat Paramhans Sri Swami Madhavananda Ji's visit to Europe, inspired his followers in Hungary to establish OM Vishwa Guru Deep Hindu Mandir, the Hindu temple dedicated to Bhagwan Sri Deep Narayan Mahaprabhuji in Hungary. Sri Mahaprabhuji is the incarnation of universal divine light - OM Vishwa Deep Paramatma - who incarnated on Earth so that he may lead his devotees out of wordly bondage and suffering to the light of Divine Reality.

In our Mandir, devotees worship many forms of the Universal Eternal One. Many forms and symbols of God can be found, and we do different kind of ceremonies. Unity in diversity - although we are diverse, and we worship God in many ways, yet we seek the same One Reality.